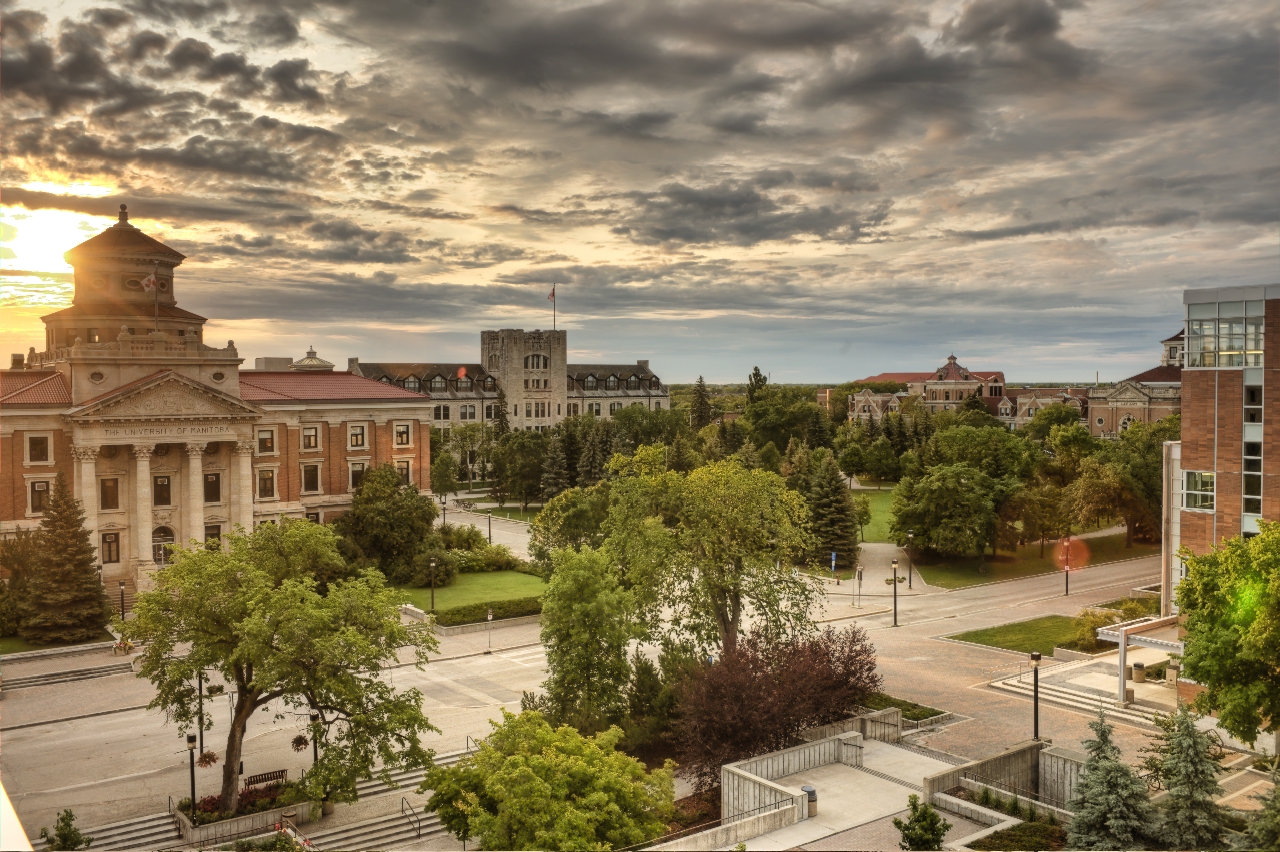 The University of Manitoba is located in Winnipeg, Manitoba, Canada. Founded in 1877, it is the first university in western Canada. It is a public comprehensive research university and one of the top universities in Canada.

The University of Manitoba has three campuses – the Bannatyne Campus, Fort Garry Campus and the William Norrie Centre. Located downtown between McDermot and William streets, the Bannatyne campus consists of 10 buildings west of the Winnipeg Health Sciences Centre. The complex houses the university’s medical and dental teaching areas. The departments of Dentistry, Medicine, Medical Restoration and Dental Hygiene are the main departments of the health sciences unit on this campus. The Pharmacy Department and the 95,000 sq ft Apotex Centre joined the campus on 16 October 2008. The main Fort Garry campus is a 233 hectare complex on the Red River south of Winnipeg, where more than 60 programs teach and research. The seven-building Smart Park University Industrial Park also houses several research and development organizations.

The University of Manitoba is a member of the U15 Consortium of Research Universities in Canada and around the world. The Department of Engineering of the University enjoys a worldwide reputation. The School of Medicine, the School of Agriculture and the Asbo School of Business are among the best schools in Canada. Among them, Food science ranks 86th in the world, Transportation Engineering ranks 51-75th in the world, and the School of Business ranks 89th in the world as one of the top 10 MBA business schools in Canada in 2014. Each of its 21 schools has a high reputation in North America. The school has 99 Rhodes Scholars, second only to the University of Toronto and McGill University. Alumni include Nobel Prize winners, Oscar winners, Olympic medalists and Grammy winners. Research at the University of Manitoba has made many well-known contributions to the world, including John Alexander Hopps, the inventor of the world’s first artificial heart pacemaker, known as the “father of biomedical engineering”, Professor John Hopps, who created canola oil in the 1970s, and University of Manitoba, who first invented the open online class (MOOC) teaching model.

Enrollment months: January, May and September